Alexander Wieck and his crew have been a driving force of Hamburg’s club scene for the past 20 years and we’ve supported their events by giving them a distinct look for just as long. Regular underground events in changing locations eventually evolved into a new project in 2008. With the birth of moondoo, things were taken one step further. Located right in the middle of St. Pauli’s infamous Reeperbahn, the odd timbered-house had previously hosted a hippodrome as well as The Beatles. A glamorous history that we all felt had to be continued.
With the ambitious claim “the renaissance of club culture“ in mind, we developed a visual identity that embodies elegance while not failing to connect to the urban, subcultural and crossover aspect of the musical offering. Today, one decade later, the party is still going, giving us plenty of opportunities to create invitations and experiment with different techniques and finishings like screenprinting, lasercut or embossing. 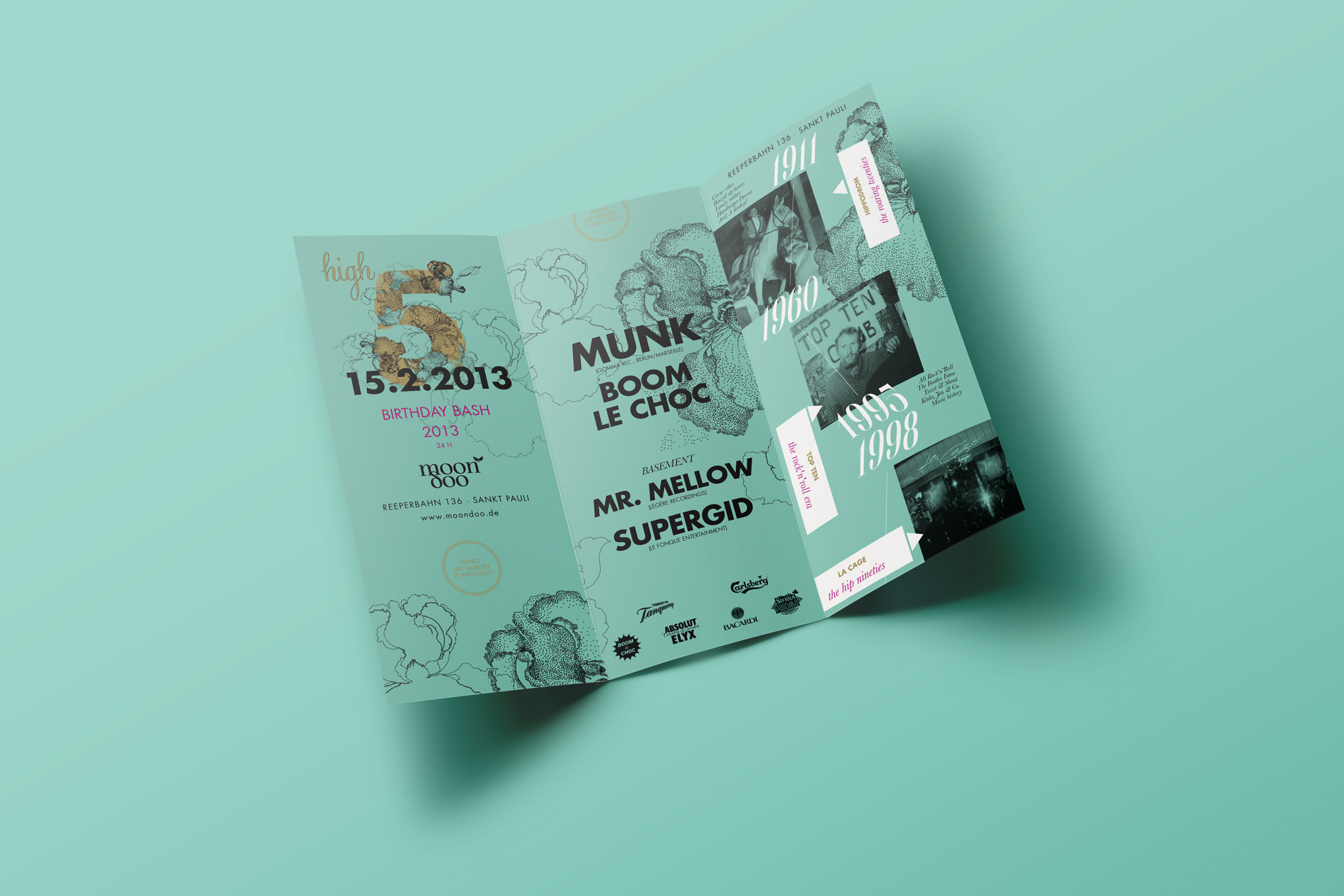 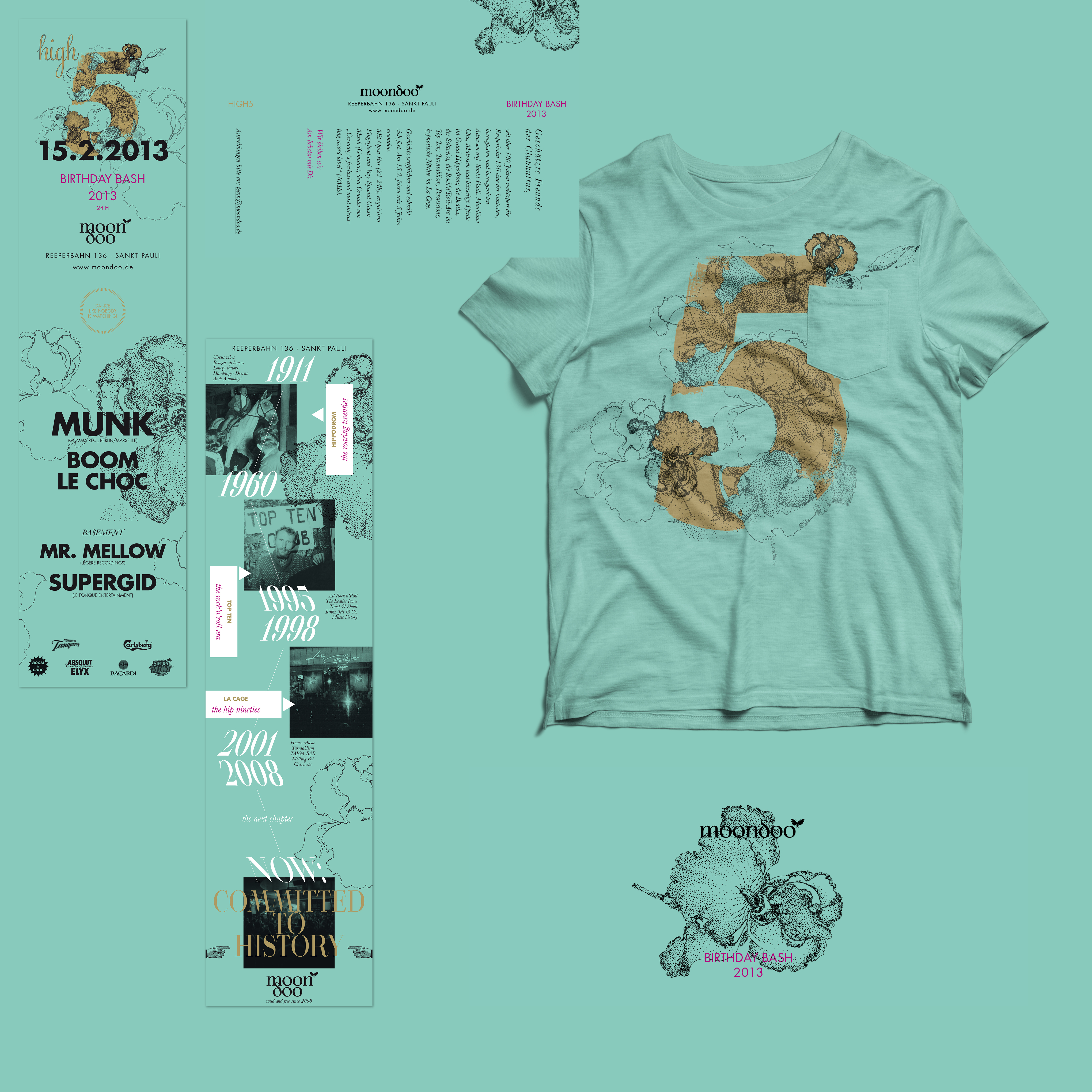 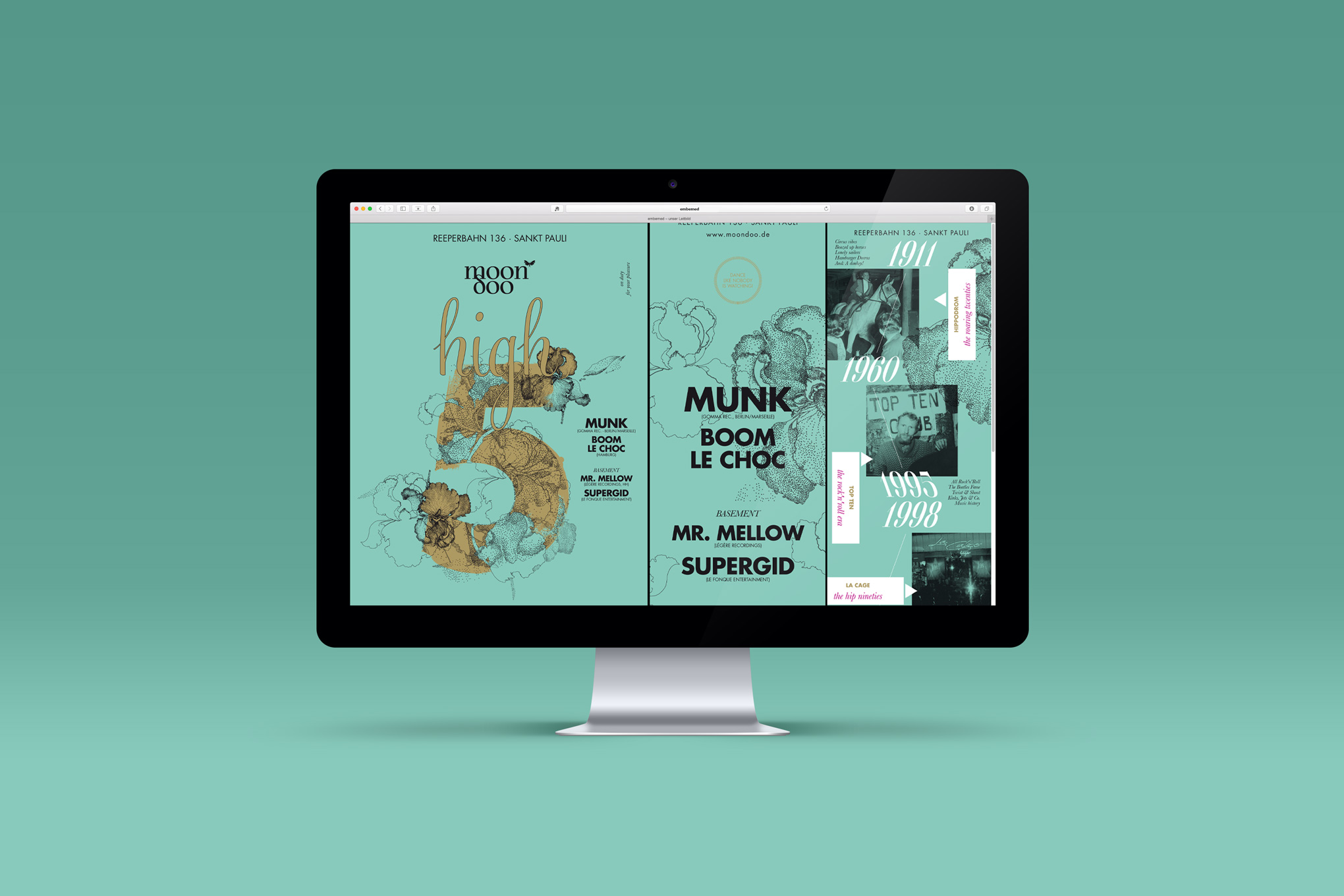